Dole Whips are one of the most popular sweet treats since Dole partnered with Disneyland in 1976, in fact, plan on waiting in a line at any given point. If you’ve never heard of the Dole Whip, then let me introduce you to a whole new delicious world of pineapple soft-serve (All together now, ‘Yuuuum’). There are three places you can snag a Dole Whip while visiting Disney Parks: When creating your own Dole Whip at home, you must have patience. It’s a super simple process, but it takes a little time to create the cream soft-serve consistency than, say, when making a smoothie. When running the blender I had to stop every few seconds to stir the frozen mixture until it was all finely blended together. I caution to resist the temptation to stir your Dole Whip while the blender is running. You may loose a spoon…or a hand. Stop your blender often to mix. Be patient, it will get there. We used straws for the picture, but we ate them with a spoon! Be sure to pin this recipe for later, and don’t forget to tag us on Twitter or Instagram using the hashtag #yohotasteofdisney when you make your own Dole Whips.

Isaac Thacker in the House! {VLOG #6}

Top 5 Characters to Meet in The Disney Parks {VLOG #7} 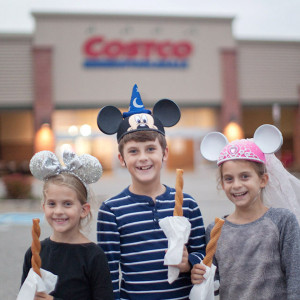